Wildlife Preservation Society of Queensland Inc. (Sunshine Coast and Hinterland Branch) was commissioned in 2011 and 2012 to undertake wildlife surveys of the vegetated dunal reserves between Stumers Creek and Lions Park Coolum Beach, Birrahl Park Yaroomba south to Tanah Street East at Mt Coolum, and Marcoola to Mudjimba. These surveys provide an indication of the wildlife inhabiting the vegetated coastal areas, but are not exhaustive. However, they demonstrate the diversity of species found in these areas, and the importance of their protection.

For a report on the Marcoola-Mudjimba section, click on the link below.

Coolum and North Shore Coast Care's turtle monitoring team has been recording the location of turtle nests between Sunshine Beach and Mooloolaba since 2008 and providing this information to the Queensland Government and other scientific bodies. Maps of the combined data collected between 2008 and early 2014, from Sunshine Beach to Maroochy North Shore, can be found below. 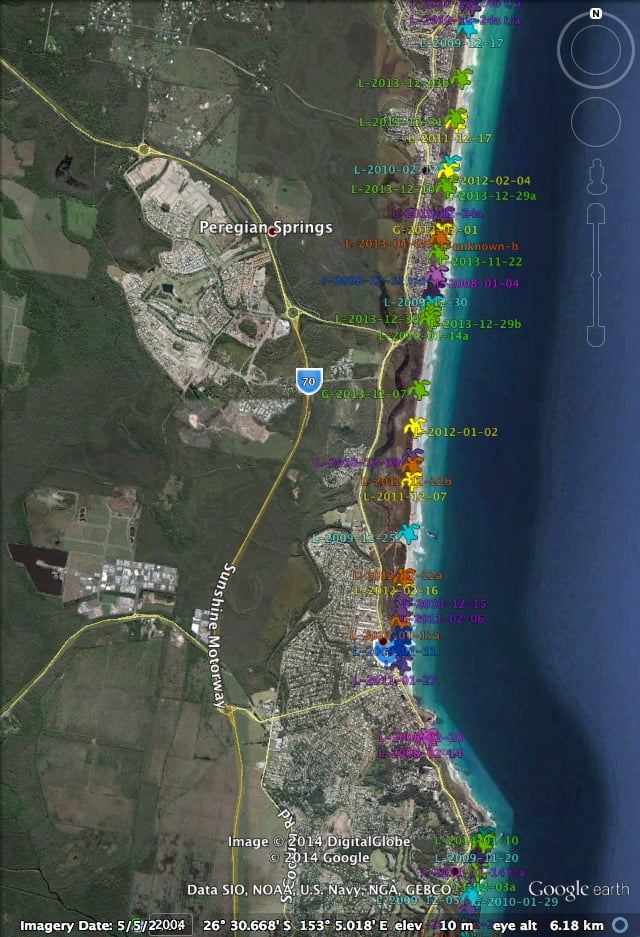